Can I use Firefox with JAWS and/or NVDA?

Back in November last year, we advised JAWS and NVDA screen reader users not to upgrade to Firefox Quantum (version 57).

The multiprocess technology introduced in this version by Mozilla (the organisation behind Firefox) to speed up overall browser performance was causing problems for screen readers that resulted – ironically – in massive slowdowns in responsiveness and an inability to execute some functions at all. Not such a quantum leap for accessibility, then.

For perspective, screen reader manufacturers are in constant consultation with browser vendors to make sure all the software is interoperable, an aim that has a long way to go and requires constant readjustment. Progress with some screen reader / browser combinations is greater than others.

Rarely, however, do things get to the point that screen reader users have to be advised not to use a particular version of a browser. Freedom Scientific (the makers of JAWS) felt compelled to say of Firefox 57 in October 2017,

“Firefox Quantum will not work in any fashion unless you are running the latest versions of JAWS 2018, JAWS 18, ZoomText 11 and MAGic 14. Previous versions of our assistive technology are not compatible with Firefox Quantum.”

Given the number of JAWS 17 users, a workaround was found that required switching to an Extended Support Release version of Firefox, which had not yet had the Quantum technology applied.

We’ve been monitoring the situation since then, and with several incremental versions of both screen readers and browsers under our collective belts, we can now report on whether our advice from November still holds.

NV Access (the people behind NVDA) have not been very outspoken on this issue, but a blog post from mid-January by Mozilla’s senior Accessibility QA Engineer Marco Zehe foreshadowed the imminent release of FF 58 as addressing most of the NVDA problems.

JAWS, however, was another matter, requiring a bit more time to work out what each of the screen reader and browser needed to do, and then making sure they did it at the same time. The release of JAWS 2018.1805.33  and then Firefox 60.0.2 in May brought things back to an even keel, as Freedom Scientific had predicted in February.

Meanwhile, NV Access responded to a tweet from Intopia’s Sarah Pulis by confirming NVDA 2018.1 was compatible with Firefox 60.

Since then, NVDA 2018.2.1 has come out on 13 June, a minor update affecting how translations into other languages are handled. 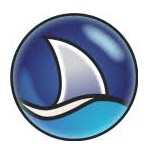 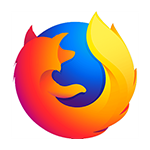 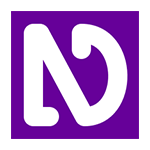 So, here’s where we stand.

If, for some reason you can’t upgrade:

The bottom line, then, is to upgrade your screen reader to the latest version and Firefox to its latest version, and things should work as you expect them to.

If we get further significant information on this issue, we’ll be sure to bring it to your attention.

On 3 July 2018, the World Wide Web Consortium (W3C) published a draft update to its 2005 note Inaccessibility of CAPTCHA. As the W3C blog post puts it, “Much has changed in technology since then, but CAPTCHAs remain a barrier for some people to access websites”. CAPTCHA is the acronym…

More than 120 people came together over two days earlier this month to attend the third A11y Camp, held by the A11y Bytes team in Sydney. Kicking off the day (and making baked goods a thing for all of us) was Cordelia McGee-Tubb with The Great Accessibility Bake Off. Even…